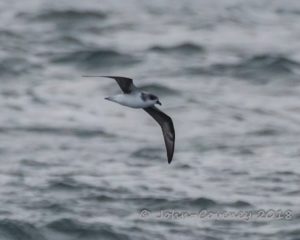 Fea’s Petrel, August 26th 2018, south of Gascanane Sound. (With thanks to John Coveney for the image)

What a year we had in 2018! The wildlife show just never stopped in the waters off the West Cork coast. We had our first ‘Sealife Pelagic’ on the 13th of May when we were trying to catch up with some Skua migration. We weren’t disappointed and connected with both Pomarine and Great Skuas along with Puffins, Gannets, Manx Shearwaters, Storm-petrels, Kittywakes, Fulmars, Great-northern Divers, Minke Whales and Short-beaked Common Dolphins. Certianly not a bad start to the year! 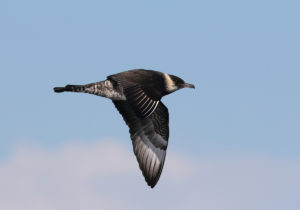 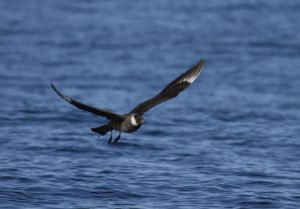 As we got into the swing of things the sightings list just kept growing. We had our first Wilson’s Storm-petrel on May 24th. This was the earliest we’ve had in West Cork waters by far! The Wilson’s were well and truly in and we soon found out the reason why! Around 15 miles offshore there was a gigantic shoal of Sand Eels that had attracted the attention of thousands of Common Dolphins along with up to 100 Minke Whales and a dozen or so Humpback Whales.  The feeding activity stretched over many many miles and was sometimes hard to find but when we did come across it, it was just incredible! The water seemed to boil with activity. Thousands of Storm-petrels, Manxies, Gannets and other seabirds were all over the sea as far as the eye could see. The Storm-petrel numbers were so great that the Wilson’s were hard to pick out but when we did see them, it was amazing to watch them feeding in the aftermath of bubble netting Humpback Whales! 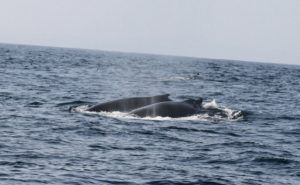 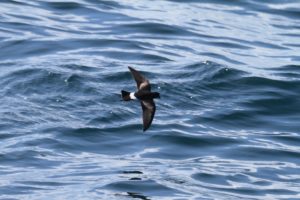 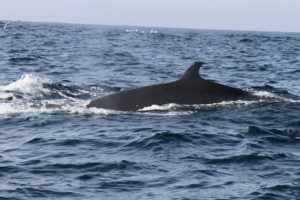 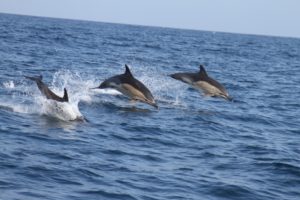 As we rolled into the summer we had groups from Finland and the UK come for our ‘Wildlife Holidays’, and to see what Ireland has to offer the wildlife lover! We travelled south all around the Irish coast through Dublin, Wicklow, Wexford, Waterford, Cork, Kerry, Limerick and Clare, we had some wonderful experiences along the way. From bustling Tern colonies to Sea-cliffs heaving with nesting seabirds, there was never a dull moment and everyone had a blast! We encountered Little, Roseate, Arctic, Common and Sandwich Terns, Mediterranean Gulls, colonies of Gannets, Razorbills, Guillemots, Puffins, Kittiwakes and Shags. We had Gannet satellite tag recovery demonstrations, Storm-petrel and Little Tern ringing sessions also. Our pelagic trips for our guests didn’t disappoint and we even broke the Irish day record for Wilson’s Storm-petrel with a whopping 59 on the 29th of July! Supporting cast of Great, Sooty, Cory’s and Manx Shearwaters, Grey Phalaropes, Great, Pom and Arctic Skuas, European Storm-petrels and a whole range of other bird marine-life made for an amazing two weeks. We are very much looking forward to this year’s ‘Wildlife Holidays’. 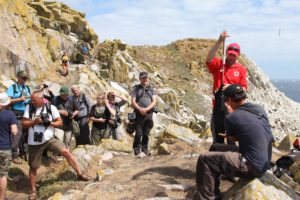 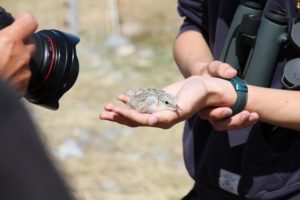 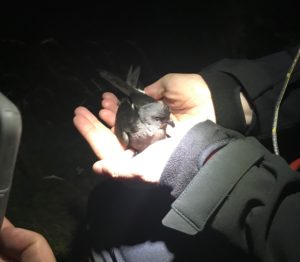 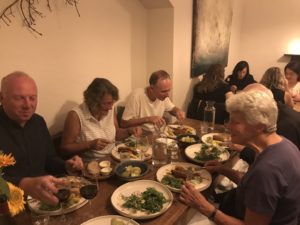 We continued our good run through the pelagic season right up into September! Regular updates from 2018 can be seen here on https://twitter.com/shearwatertours. On the 26th of August we had one of the most incredible encounters of the year with the mystical and much sought after ‘Fea’s Petrel’…..This bird came and put on a show for all of us on board and really was a once in a lifetime experience for most. Although over the past 4 years we have clocked up 5 of these incredibly rare seabirds from our pelagics off West Cork, this one gave the best views and for the longest duration as John Coveney’s (1-3) and Seamus Enright’s (4) photos show here. 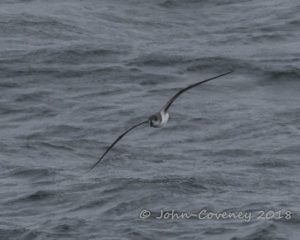 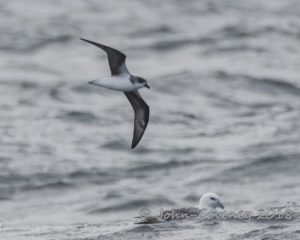 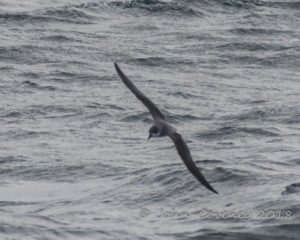 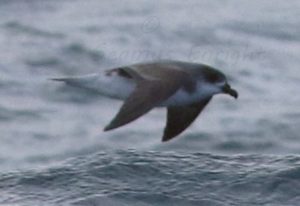 As autumn crept in and the weather became more unpredictable and unreliable, we took to the safety of ‘terra firma’ from which to make our observations. Again there was plenty to see both on and from land. Migrants were everywhere but scarcities were thin on the ground. A seawatch on the 10th of September from The Seven Heads produced yet another Fea’s-type Petrel in stormy conditions. The 16th produced a flyover American Golden Plover there too. The birds just kept coming! On the 7th of October we discovered a summer plumaged Pacific Diver at Crookhaven, while leading an outing for Birdwatch Ireland. This stunner had never been seen in this plumage in Ireland before and was a real treat. This was almost certainly the bird found at the same location in winter 17/18 and has been seen all through this winter also. 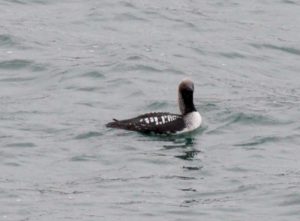 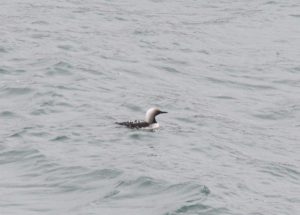 From the middle of October we were busy doing at sea Seabird Surveys and preparing for November 5th when a ten day trip to Bermuda to take part in the Cahow (Bermuda Petrel) Project was planned. One of the rarest Seabirds in the world the Cahow was thought to be extinct for almost 350 years until it’s rediscovery in 1951 and a conservation project has been in place since 1960, administered by Dr. David Wingate until his retirement in 2000 and from then until the present by the current Conservation officer Jeremy Madeiros. This was a fantastic experience and well deserved of it’s own blog post another day. I will be giving a talk on this project and showing some of my photos at O’Donovan’s Hotel, Clonakilty, Co. Cork on 6th of March and all are welcome to attend. 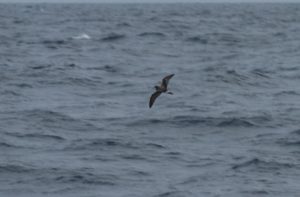 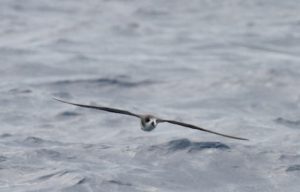 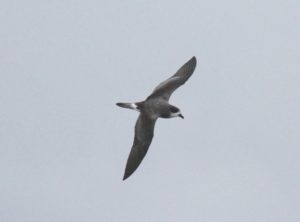 With such an eventful 2018 gone by it is now time to focus on the year ahead and we have been working hard to bring you more ‘Sealife Pelagic’ dates, more ‘Wildlife Holidays’ and we’re not done yet. So watch this space for more exciting happenings!  Click on Tours above to see our schedule for the coming year! Here’s to a wildlife and bird filled 2019! 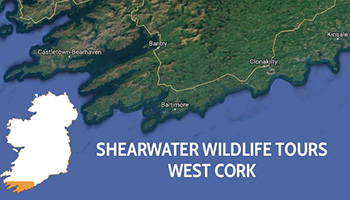 Shearwater Wildlife Tours is an Irish ecotours company based in West Cork, Ireland. We specialise in short range pelagics and wildlife based package holidays for birders, wildlife enthusiasts and photographers as well as people new to wildlife observation. We are here to share our knowledge of the birding and wildlife hotspots and what can be found there, to give everyone a first hand and truly memorable experience of what Ireland has to offer. 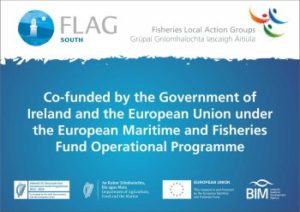